I painted a Viking that the good old janner was kind enough to give me: 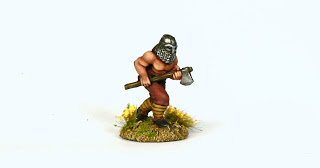 He’s supposedly a berserker. I’m going to call him Røde Orm (red snake) after a character in a book. The miniature is a special from Gripping Beast. It’s still available to buy from their store till the end of January. 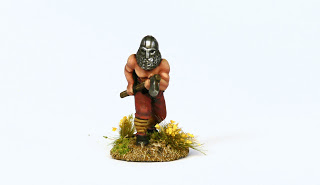 I rummaged through my stuff and found that I had another 7-8 old Games Workshop Vikings from the early 80’s. I hope to make it the start of something. Maybe a force for SAGA, even though I wan’t some Normans for that as well. When I was studying history I did a (very) small project on the Normans and I’ve always been fond of the whole deal. 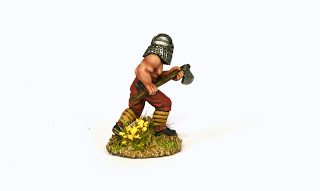 Nothing much to say about the paintjob. It was a quick nights work together with vikotnik, who directed the final highlights. I didn’t want to go for extreme highlights and perhaps the tones of the skin are even to extreme in difference…. buuuuut what can you do. ;-D 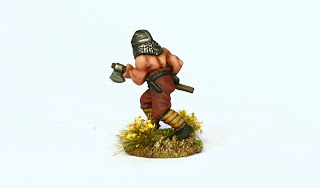 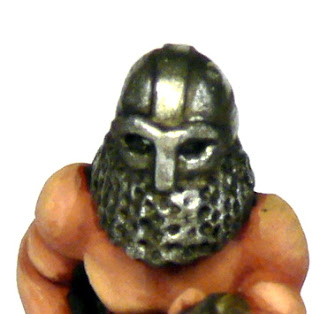 I particularly like the head of this miniature, as I find it to be almost inanely brutish! It screams ‘murder’ and ‘ruthless’ to me.